The most common symptoms of gum disease is bleeding gums. This is very common among many patients. Occasional bleeding happens. It takes places because of you brushing your teeth very vigorously. Also if you are wearing dentures and they are not fitting in properly, then this will also cause bleeding in gums. But bleeding gums treatment is also possible.

There are various conditions which can trigger bleeding in gums. You will be surprised to know that there actually quite a few diseases which will be triggering this condition. But the good news is- you can manage it properly.

In this article, I am going to be talking about the major causes of bleeding gums as well as some of the best remedies and treatments that actually work. Did you know that bleeding gums is actually even becoming common among children. But again it is something which you can combat and control.

When looking into what is leading to the bleeding of your gums, there are quite a few causes which can make your gums bleed. These will be including:

This is a condition which sets in during the inflammation of the gums. It is quite common and takes place due to a mild form of gum disease. it is something which sets and takes place in your mouth due to the excessive buildup of plaque on the gum line.

In case you are suffering from this condition, your gums will essentially be swollen and will Ibe red and irritated. It is very common that when you brush your teeth, they will bleed. If this condition is not taken care of, it can easily convert and develop to periodontal disease.

As it turns out, diabetes can also cause you to suffer from bleeding gums. It is common in both, type 1 and type 2 diabetes. The problem with having diabetes, it makes it hard for your mouth to fight germs . This can lead to various infections in the mouth. You will likely be suffering from high blood sugar levels too and the condition can worsen with time.

This is a major vitamin that you need in your body. It is helpful in repairing your tissue. It is also essential when it comes to healing wounds and also helps to strengthen the bones and teeth. But if you do not get enough vitamin C, it can easily make you feel very weak and irritable. If you do not get vitamin C in your body any sooner, it can lead to the formation of swollen and bleeding gums.

In some cases, the condition can even worsen and you will suffer from scurvy. This is when you are having very poor nutrition. It’s main sign is that you will be feeling very weak. And having bleeding gums is a sign of scurvy.

So now that we have talked in detail about bleeding gums. How they happen and what are the causes, I want to now touch upon some of the best ways to get treatment for this condition.

While it is essential that you get a proper diagnosis to know the exact situation. There are a few remedies which work great when looking into bleeding gums treatment.

When you identify the causes of bleeding gums, then you can determine the kind of treatment which is going to work for you. Let’s check some of the best treatment options:

If your teeth are not in good health, it will leading to bleeding gums.  These become easily inflamed and will be bleeding profusely. Also if there is a plaque on the gum line. It is basically a sticky line which impacts your teeth and gums.

So for this, it is important that you brush your teeth properly. Also you should be flossing often. This keeps you protected from the buildup of plaque. It is especially important especially for pregnant women.

Hydrogen peroxide is known to be very effective. You can use it as a disinfectant. It works really well when you are trying to remove plaque, as well as promote gum health  and it will be stopping gum bleeding.

But make sure that you don’t swallow the hydrogen peroxide as it can cause more problems. It is also very effective in whitening teeth.  It is truly a major way in which you can maintain the health of your teeth.

As if you really needed anymore reasons for the same, smoking is linked to several diseases which include lung cancer as well as heart diseases. Smoking is actually something which can even lower the body’s immune system. You should really try to quit smoking. As it is really going to give a boost and make your gums heal better. You should speak to your doctor on the best ways to combat smoking.

Another way for bleeding gums treatment is to create a connection between how stress relates to the kind of disease you are suffering from. Emotional stress is known to make a major negative impact on the immune system.

When that happens, it will be weakening the body’s defense. Up to the point that gum infection becomes hard to combat and control. But there is still plenty of research needed on this subject.

It has been been proven that if you are stressing over something, it will be impacting your health in major ways. And this leads to the accumulation of plaque in the mouth.

This is pretty simple. You should be aiming to increase vitamin C in the body. This is to strengthen your immune system. It works great in fighting the gum infection that is causing bleeding gums.

If you don’t have enough of vitamin C in the body, the condition can become worse. So for you to make sure there is plenty of vitamin C, you need to eat foods which are rich in the same. This includes:

There are also vitamin C supplements which you can take. They act as powerful antioxidants. And will be providing you ways to strengthen the connective tissue.

This is also really effective in protecting the lining of your gums. Just make sure you are getting plenty of vitamin C for everyday.

Just as vitamin C is important, vitamin K is also important, alleviating bleeding gums issue. It is an important element as it is helpful in blood clots.

Some major foods which are rich in vitamin K include:

While usually bleeding gums relate to gum diseases, usually it can be due to a certain issue or trauma even. In that case you should be applying an ice pack or even a cold cloth to the gums . This will be providing you instant relief in no time.

So it turns out, salt water is really good when it comes to removing bacteria from the mouth which is causing gum diseases. So it is best if you are regularly rinsing your mouth. Just make sure you are using a mixture of salt water which will reduce inflammation within the mouth as well.

This is also an essential way for getting the bleeding gums treatment. You should aim to consume limited carbs. This will be improving gum health and also controls the growth of bacteria. Again make sure you brush and floss properly afterwards. Eating too many carbs is not good for your health anyway so adapt these simple strategies to make a difference.

You should be drinking green tea often. It works great as bleeding gums treatment. It actually consists of catechin which is a very powerful and natural antioxidant. This works great in lowering the inflammation level of the body and mouth.

It was super helpful in controlling the signs of bacteria in the mouth. You can have healthy gum tissue when you drink this tea often. So it is highly recommended that you take in 3-4 cups of tea.

The first major step towards the treatment of your gums is to maintain a good, oral hygiene. This means you should be visiting the dentist twice per year. Getting a professional cleaning is super useful. The dentist can help you to clean your teeth properly and rinse the mouth in a way that it removes all the plaque buildup.

In this article, I shared all the details on how bleeding gums treatment is possible, provided that you make use of these simple tactics to ensure you are taking care of your teeth and gums. It all comes down to ensuring your health is in optimal condition.

Otherwise it becomes hard to move forward and you will have to suffer from a range of complications. So hopefully this article is going to help you to make the right decision, when facing bleeding gums which just won’t get any better. 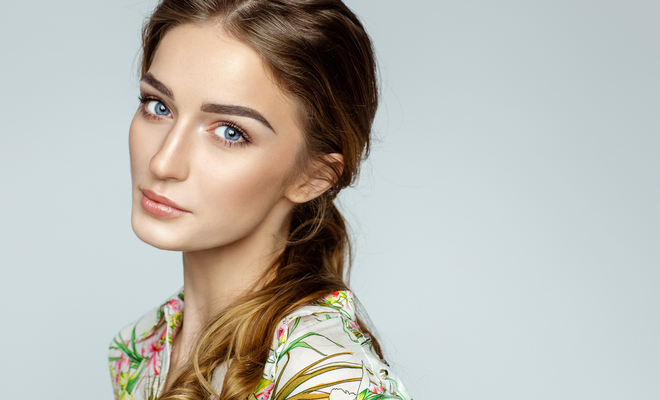