Fat is indeed the worst life companion in the entire world, as it is stubborn, clingy, and does not listen to you when you say it is time to part ways. But that does not mean you have to accept it and live with it. Modern science has given you many options to reduce the amount of fat so that you can achieve all of your body goals. At REPC, we know that revolutionary CoolSculpting Dubai is the best solution for your belly fat reduction.

It is perfectly normal to have areas of excess body fat. Diet plans and exercises can only work for a short time. For a long time, the natural solution for getting rid of your excess fat was surgical. Only recently, a very buzzy non-invasive procedure called CoolSculpting emerged in the market.

Are you aware of the fact that women are more inclined to store fat than men? Do not get disappointed. You have solutions to deal with these stubborn fatty tissues. With age, you tend to carry more fat in your thighs and hips as your body prepares for childbirth.

In this article, we take an in-depth look at the CoolSculpting procedure. We also closely discuss how the method works, its effectiveness, risks, and its side effects.

What is CoolSculpting Dubai?

CoolSculpting, also known as cryolipolysis, is a non-surgical body contouring procedure. It is considered a cosmetic procedure often performed by your plastic surgeon. Whether it is your butt, outer and inner thigh, abdomen, or chin, Cool Sculpting Dubai can target these stubborn areas and eliminate the fat cells for good.

Your surgeon will use a unique device to freeze fat cells underneath the layers of your skin. The treatment works by freezing only the fat cells from specific parts of your body. Once the fat cells have been destroyed during the procedure, they are naturally broken down. Finally, the fat cells are removed from your body by the liver.

A certain percentage of your body fat is indeed normal and healthy. However, scientific studies suggest that the accumulation of excess belly fat on your body is closely associated with an increased risk of certain medical conditions. Conditions like cardiovascular disease and diabetes can arise.

With that in mind, you should think of ways to get control over your belly fat as it is beneficial to your overall body confidence and for protecting your health in the long run.

The procedure is similar to liposuction. Hence, your plastic surgeon will use CoolSculpting to target areas of your body where it is more difficult to remove fat by exercise and a controlled diet.

The Food and Drug Administration (FDA) has approved the procedure in the USA as late as 2012. The treatment is a relatively new technique. Both CoolSculpting and cryolipolysis are registered trademarks of the US company.

Several studies show that the CoolSculpting is an effective fat reduction procedure, opted by people looking for a non-invasive procedure.

In fact, it is popular as it is a non-surgical, non-invasive medical procedure. The treatment is very effective in removing stubborn fat cells from hard-to-reach areas. 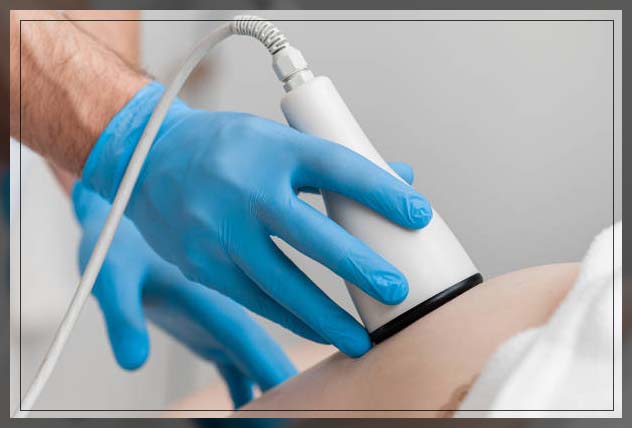 CoolSculpting and other similar forms of cryolipolysis have proved to have a very high success rate. They are effective in removing areas of fat from your body. In addition, they have fewer side effects compared to other procedures like liposuction.

Most CoolSculpting treatment sessions take around an hour, and the treatment is quite affordable. You can start to notice the effects a few days after the procedure. In reality, it often takes up to four months for the full results to show.

Though the actual number of independent clinical research studies backing this procedure is still relatively small, the company claims CoolSculpting can drastically lower the number of fat cells in the treatment area by 25 percent.

The CoolSculpting is a cosmetic treatment to remove areas of body fat. The procedure freezes the fat tissue. It promises to stimulate fat loss as there is absolutely no downtime. The treatment has gained popularity in recent years. 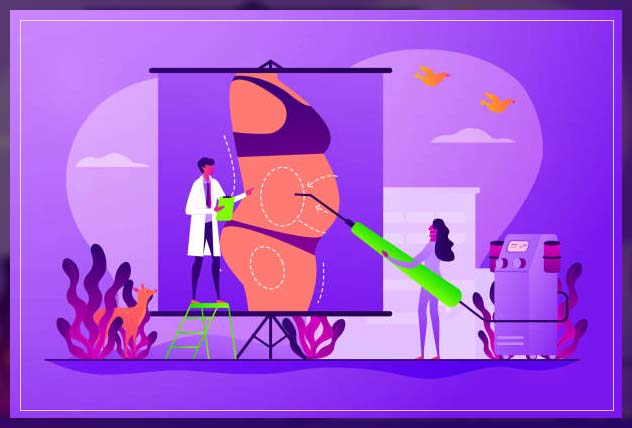 Remember that lifestyle and other factors can play a vital role in reducing your body fat. If you continue to intake an unhealthy diet and remain inactive while undergoing the treatment, you can expect a less fat reduction.

CoolSculpting‘s popularity as a fat removal procedure has drastically increased in recent years. It received approval from the US Food and Drug Administration (FDA) a few years back. Since then, the CoolSculpting treatments have increased by more than 800 percent.

CoolSculpting is a branded, FDA-approved form of fat reduction procedure often known by the name cryolipolysis. Most forms of cryolipolysis treatment use freezing temperatures to break down fat cells.

Cold temperatures do not damage other cells in your body to the extent it does to the fat cells. So you should be assured that there is no damage to your skin or underlying tissue.

It is not a surgical procedure and does not use needles. It works through a process known as cryolipolysis that helps destroy fat with cold temperatures.

Using a special tool, your CoolSculpting technician will freeze the fat cells in the designated area. The device holds the part of your body your doctor wants to target between two paddles.

The two paddles cool the designated area quickly, and your specialist will leave them in place for about 30 minutes to one hour, depending on your treatment area. During this period, the process will slowly destroy about 20 to 25 percent of the fat cells.

As the fat cells break down, your body will eliminate them naturally, flushing them out over time through natural processes. The final results will only start showing up after a few months. But you might start to notice changes within a few weeks. After the treatment, your immune system will slowly clear out the dead fat cells.

After the procedure, it might take around four to six months for the fat cells to get cleared from your body. During that period, the area of fat will decrease by an average of 20 percent.

Another thing you should note is that CoolSculpting cannot tighten your loose skin. You might notice excess skin after the fat removal procedure if your skin has stretched around the fatty buildups.

Most CoolSculpting procedures take around almost an hour. You will not require any recovery time as there is no damage to your tissue or skin. Some people at times report soreness at the site where CoolSculpting was done, quite similar to that they might experience after a minor muscle injury or an intense workout. 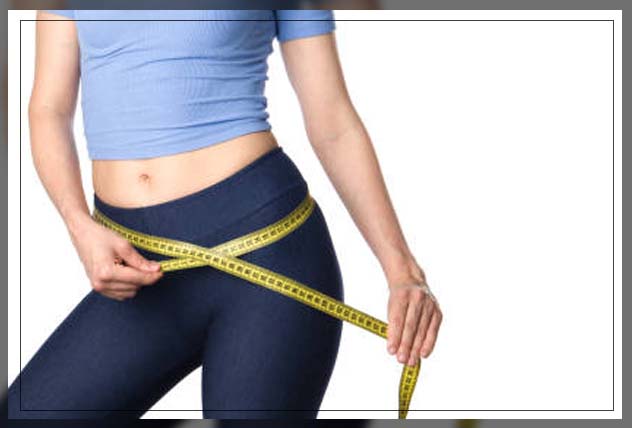 As the treatment time is concise and does not require downtime, it is preferred by individuals who have a hectic schedule.

With CoolSculpting, the entire process is actually very comfortable. You may pass the session by reading, catching up on email, or simply enjoying your free time. Being a non-invasive treatment, it has several other benefits over traditional surgical fat removal treatments.

The procedure is non-invasive, which means it does not involve cuts, surgery, or anesthetic. However, it carries less risk than liposuction. Liposuction is a surgical procedure that uses a suction technique to remove fat from specific body parts like the hips and abdomen. The CoolSculpting treatment is mostly safe, but people might have some potential side effects.

For people who want more rapid results in a single treatment, liposuction might be a better option. But as liposuction is more invasive, it might carry a much higher risk of complications than cryolipolysis.

Other non-surgical fat reductions include:

Apart from these treatments discussed above, many prefer liposuction – a type of plastic surgery that removes fat deposits in your body. Another method known as cold laser treatment (Zerona) shrinks your fat cells during the treatment.

Electromagnetic treatment (Emsculpt) treatment is also used to break down fat cells and tighten your muscles. If you have researched ways to tone your belly, chances are you have heard of the revolutionary emsculpt treatment.

The procedure is the only FDA-approved treatment that combines fat burning and muscle stimulation to achieve tighter muscles in just a few easy sessions.

Your doctor will vacuum the skin above the designated area into a device or an applicator that cools the fat cells in all these procedures. The cold temperatures will numb the site, and some individuals report feeling a cooling sensation.

This treatment is, in many ways, an investment for your health, body image. This procedure can remove maximum areas of fat, but it is not a miracle cure. One should not expect to see a complete removal of fat immediately after the treatment. Some people might experience worse side effects than others.

As you might have seen, CoolSculpting is more of a cosmetic procedure, so it will not address the underlying cause of unwanted fat. It is beneficial in treating the fat cells in your body, which are difficult to reach by breaking them away. An individual with a metabolic condition like diabetes or an unhealthy lifestyle should avoid fat loss through this procedure.

There are several areas of your body that respond effectively to CoolSculpting. Because the procedure is so comfortably non-invasive there is no need for sedation. Meaning you can continue your daily activity after the treatment. It has been noticed that traditional liposuction typically requires anesthesia and might cause scarring.

Do you long for the slim body you once had? Just wishing will not bring back the body of your youth, but you can reclaim that confidence with non-invasive CoolSculpting Dubai treatment. And unlike the more invasive procedures, CoolSculpting carries few risks while delivering amazing results.