Turmeric benefits have been known for centuries and have been used in many cultures all over the world.

Turmeric, also known as Indian Saffron or the golden spice is a tall plant that grows in Asi and Central Asia.

You can see it on your kitchen shelves is often in powder form is of bright yellow color.

In many cultures, it has been noted to be used as a dye.

Turmeric is commercially available in the form of capsules, turmeric extracts, teas, and powder.

Curcumin or curcumae longa is an active ingredient in turmeric and has very powerful biological properties.

Many ayurvedic medicines recommend using turmeric for a wide variety of health conditions.

Moreover, with scientific evidence and advances, the west is now using turmeric as a pain reliever and a healing agent.

This article sums up the nutritional values, 10 proven benefits of turmeric, and possible side effects.

According to the United States Department of Agriculture USDA, National Nutrient Database, one tbs. of turmeric powder contains about 29 calories, 0.91 grams of protein, 0.21 grams of fat, and .31 grams of carbohydrates.

Moreover, it contains 2.1 grams of fiber and 0.3 grams of sugar.

It also contains 5% of potassium and 3 % of vitamin C that your body needs on daily basis.

Now let us dig right into the 10 benefits of using turmeric.

Turmeric is responsible for giving your curry its yellow color.

For more than centuries, it has been used as a spice and medicinal herb.

According to recent studies, it is now backing up the facts that it has beneficial health properties.

It contains compounds, curcuminoids, and the most important one of these is Curcumin.

However, the amount of curcumin is not very high, rather it is about 3% by weight.

Curcumin is a main active ingredient and has beneficial anti-inflammatory effects and is also a strong antioxidant.

Most of the studies use at least 1 gram of turmeric dosage or its extract.

Therefore, if you need to experience the effects of turmeric, then you will have to take it in the form of supplements that contains a sufficient amount of it.

Another important thing to keep in mind is that curcumin is poorly absorbed by your body.

It helps to consume black pepper with it, which contains piperine, which enhances the absorption of curcumin by 2,000%.

Thus, the best curcumin supplements contain piperine, which helps to increase its effectiveness.

Moreover, curcumin is fat-soluble, so it is healthy to take it with a fatty meal.

During early studies, scientists believed that neurons in your brain do not have the ability to divide and multiply after early childhood.

However, with medical advances, they have learned that it is not the case.

Neurons are capable of forming new connections however, in certain areas of your brain they cannot multiply and increase in number.

One of the drivers of the multiplication of neurons is Brain-Derived Neurotropic Factor BDNF, which is a growth hormone that functions in your brain.

Different studies indicate that brain disorders are linked to a decrease in the levels of the BDNF hormone, including depression and Alzheimer’s disease.

It is interesting to note that curcumin can increase brain levels of BDNF.

By doing this, it can be effective in delaying or even reversing many brain diseases and the ones related to age in brain functions.

It can also help to improve your memory, and make you smarter, however, more controlled studies are required.

3# Prevent and Even Treat Cancer

Cancer is a disease that causes uncontrolled cell growth in your body.

There are different forms of cancer, which have several signs and symptoms in common. According to research, some curcumin has positive effects on some of these forms.

Moreover, studies suggest that curcumin is a beneficial herb in the treatment of cancer and also affects the growth of cells, their development, and spread in other parts of the body.

Studies show that it contributes to the death of cancerous cells and reduce angiogenesis or growth of new blood vessels in tumors and metastasis or spread of cancer.

Whether curcumin and a certain level of it can help reduce the growth of cancerous cells or not is yet to be studied, however, the studies do indicate that it helps to prevent it from occurring in the first place.

4# Prevention and Treatment of Alzheimer’s

Alzheimer’s is the most common neurodegenerative disease in the world and is also a leading cause of dementia.

To this date, there is no cure for Alzheimer’s.

Therefore, preventing it from occurring and developing in the first place is very crucial.

According to studies, curcumin has positive effects on the blood-brain barrier.

Inflammation and oxidative damage play a role in Alzheimer’s disease and curcumin has beneficial effects on both.

In addition to this, the build-up of protein tangles, plaques is a key feature of this disease and studies indicate that curcumin can help clear these plaques.

5# Curcumin is an Anti-inflammatory compound

Inflammation is the natural response of your body to help it fight bacteria and also play a role in repairing the damage.

Without inflammation, pathogens such as bacteria or viruses can easily take over your body and kill you.

Though acute and short-term inflammation is crucial for your health, chronic inflammation can cause diseases and as a result, it can attack your body’s own tissues.

Thus, anything that fights chronic or long-term inflammation is beneficial in preventing and even treating these conditions.

Moreover, it blocks NF-kB molecules that travel into the nuclei of your cells and turns on genes that are related to inflammation.

Without getting into a lot of details, the key point here is that curcumin is a bioactive substance, and helps to fight inflammation at the molecular level.

6# Increases Antioxidant Capacity of your Body

Oxidative damage due to the presence of free radicals can cause aging and other diseases.

Free radicals tend to react with different organic substances like fatty acids, proteins, or DNA in your body.

Antioxidants are important because they protect your body from free radicals.

Moreover, curcumin is a powerful antioxidant and can neutralize free radicals due to its chemical structure.

It also helps to boost the activity of your brain and stimulates your body’s own antioxidant defenses.

7# Reduce the Risk of Heart Diseases

One of the major causes of death worldwide is Heart disease.

Heart diseases are very complicated and different things contribute to the development.

Curcumin can help to reverse many steps in the process and development of heart diseases.

It improves the function of the endothelium which is the lining of your blood vessel.

Its dysfunction can lead to heart diseases and involves your endothelium to regulate blood pressure, blood clotting, and various other factors.

Different studies indicate that curcumin can improve the functions of endothelium and is as effective as exercise.

Moreover, it helps to reduce inflammation and oxidation.

Turmeric benefits are observable in patients with arthritis as well.

Most of the different types of arthritis involve inflammation in the joints of your body.

It can help with arthritis because it has anti-inflammatory components.

In a study in people that differ from rheumatoid arthritis, curcumin was even more effective than other anti-inflammatory drugs.

Many studies indicate the benefits of curcumin in the treatment of arthritis and the improvements are very observable.

For this very reason, it is a very powerful anti-aging supplement.

Oxidation and inflammation are one of the major causes of aging in your body and the effects of curcumin can go even beyond preventing them.

In one of the controlled trials, 60 people with depression were divided into 3 groups.

One group took Prozac, another one tool one gram of curcumin and the third one took both of these.

After 6 weeks, curcumin led to improvements that were similar to Prozac. 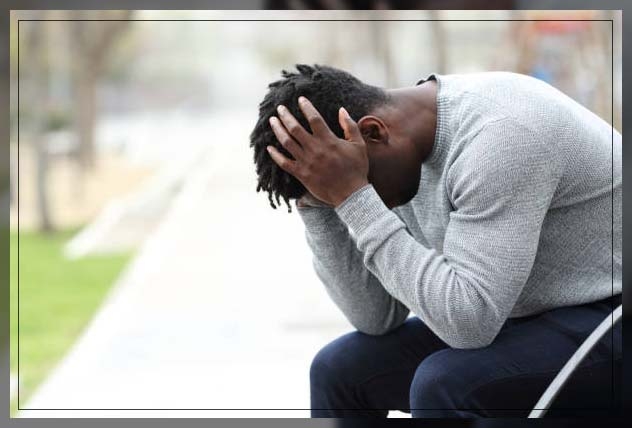 According to another study, curcumin is as effective as antidepressant medication.

Depression is also due to a reduction in the levels of brain-derived neurotrophic factor (BDNF) and a shrinking hippocampus, a brain area with a role in learning and memory.

Curcumin, moreover,  boosts BDNF levels in your brain, potentially reversing some of these changes.

Potential Side Effects of Turmeric

Although turmeric benefits outweigh the potential side effects of using it in high doses, it can create some risks that are worth considering.

Some of these are:

Upsetting your stomach: It can sometimes irritate your digestive system if you take it in large amounts.

Stimulate Contractions: Certain foods can trigger labor, although there is little evidence data to prove it.

However, pregnant women should avoid using it because of its blood-thinning properties.

Thus, you should seek medical advice in the case of the above.

Turmeric and curcumin benefits are very much observable and there is a lot of scientific evidence that proves it.

Its most effective compound curcumin has many anti inflammatory properties and health benefits ranging from fighting off agings to reversing brain-aging.

It also improves your immune system, helps to relieve pain, is good for type 2 diabetes, and inflammation in your body. However, because of certain side effects, it might not suit some people. Therefore, consult your doctor before using it to treat any health condition that you have.