Have you felt sudden changes in your eating? You might have noticed some changes and these changes may be related to eating disorders.  The term “eating disorders” may have to eat in it but then it is not only about food.

Eating disorders are a range of psychological conditions in which unhealthy eating habits may develop.

They can either start with complexes about body weight or body shape.

In many severe cases, eating disorders cause very serious and fatal health issues and they may result in death as well.

People having eating disorders can have many symptoms.

Nevertheless, those who have a severe case can have behaviors like vomiting or over-exercising.

Eating disorders can affect people of any age or any gender but they are more common in adolescents and young women.

According to studies, 13 percent of young people may experience eating disorders by the age of 20.

They are mainly due to mental health conditions. They can affect anybody but are most common in youngsters.

Experts and researchers believe that eating disorders can be caused by a variety of factors affecting the person.

Genetics: Some studies show that twins who were separated at birth and adopted by different families showed signs of eating disorders. 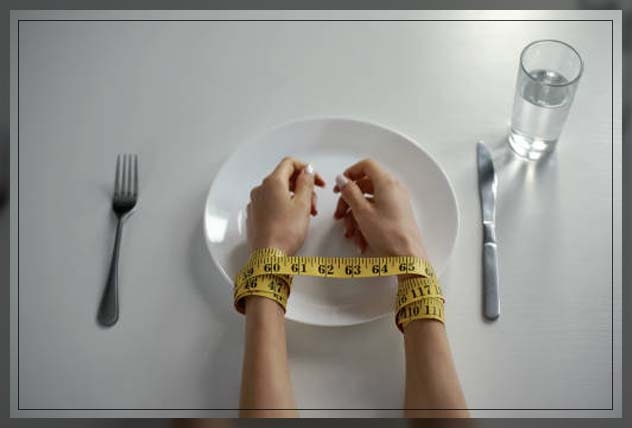 Personality traits: Some personality traits such as neuroticism, perfectionism, and impulsivity are those traits in which the person is likely to have an eating disorder.

Many studies show that the differences in brain structure and biology can also play an important role in developing eating disorders.

In general, genetics, personality traits, and cultural ideals can be the causes of such a disorder.

There are two types of symptoms related to eating disorders.

They are related to either emotional behavior or physical one.

Moreover, these can be a warning sign that something is wrong.

Ignoring them may lead to fatal health conditions and can be very harmful to a person. If any of these signs show it is better to go to the doctor and have them checked.

These behaviors that include weight loss, dieting, or control of food are the primary concerns.

A person who refuses to eat certain foods such as no carbohydrates etc. Frequent and extreme mood swings.

Concern with body weight and shape, frequent dieting, and checking in the mirror for flaws in appearance 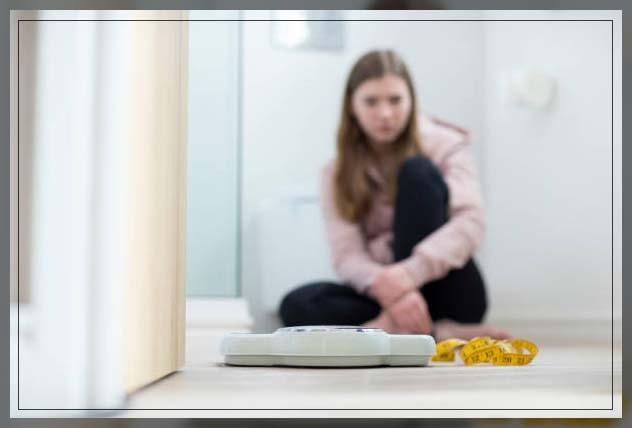 Taking small portions at regular meals is a behavioral symptom.

Fluctuations in weight up and down, stomach cramps, and gastrointestinal complaints such as constipation and acid reflux.

Irregular menstrual cycle, difficulty in concentration, dry skin and hair, and cavities, or discoloration of teeth.

Moreover, muscle weakness, yellow skin, dental problems such as enamel erosion, difficulty in sleeping, cuts, and calluses are among the symptoms.

These are the symptoms and warning signs related to eating disorders.

Eating disorders are more than just eating food, and are a mental condition that often requires intervention.

By the American Psychiatric Association’s Diagnostic and Statistical Manual of Mental Disorders, these are described as 5th edition, DSM-5

There are many types of eating disorders. They are:

Let’s discuss these as follows.

This is one of the most common and well-known eating disorders.

It affects women more than men and often develops during young adulthood or adolescence.

People often view themselves as overweight. In some cases, even dangerously underweight.

During restrictive food intake disorders, they monitor their weight constantly, avoid eating different types of foods and even restrict their calories.

Common symptoms of Anorexia Nervosa are to be underweight than those of the same age and height.

A constant pursuit and willingness to maintain or lose weight, low self-esteem, and distorted body image of self.

Such an individual also face difficulty eating in public and want to control their surrounding, environment, etc.

In certain cases, it can even result in heart, brain, or multi-organ failure, or even death.

This is another well-known eating disorder and it also develops during adolescence and early adulthood.

However, it is less common in men than women,

These episodes usually continue when a person feels painfully full, and they usually feel they cannot stop eating.

Due to this constant eating, an individual might attempt to avoid excess calories afterward and relieve gut discomfort.

Symptoms are the same as that of anorexia nervosa, however, such individuals have normal weight.

Moreover, self-esteem that is influenced by body shape and size as well as a fear of gaining weight are the common symptoms.

However, in severe cases, it can cause an imbalance of electrolytes in an individual’s body and leads to heart attack or stroke.

This type of eating disorder can develop during adolescence and even in early adulthood. It can also develop later in age as well.

Moreover, the symptoms of this disorder as the same as that of Bulimia Nervosa and binge.

Individuals with this eating disorder do not restrict their calorie intake and may use methods like vomiting, or excessive exercise to compensate for frequent eating.

Common symptoms are eating large amounts of food rapidly, feeling a lack of control while eating, and feeling distressed.

An individual may also use behaviors like vomiting, calorie restriction, and excessive exercise.

People with this disorder are generally obese or overweight.

This is rather a newly recognized disorder and an individual may chew and swallow food, re-chew it, and then either swallow it or spit it out.

This occurs within the first 30 minutes after a meal and medical conditions like reflux are voluntary.

This disorder can either develop during infancy, childhood, or adulthood.

During infancy, it can develop between 3 to 12 months of age and often goes away on its own.

However, children and adults may need therapy to resolve it.

If you do not get treatment for your infant, it can result in weight loss and severe malnutrition.

Adults with this order can restrict the amount of food intake and learn to lose weight and become underweight.

ARIFD usually develops during infancy or early childhood, however, it can persist into adulthood.

Moreover, it is equally common in men and women.

Individuals with this disorder may have inconsistent eating or lack interest in eating or have a distaste for certain smells, tastes, colors, or textures.

The common symptoms are restriction of food intake, eating habits that interfere with life, weight loss, and nutrient deficiencies.

Moreover, it is important to note that it does not include restrictions on food due to lack of availability or religious practices.

This eating disorder involves eating things that are not food items.

It can develop in adults s well as children and adolescents.

However, it is most common in children, pregnant women, and individuals with mental disabilities.

Individuals with this disorder are also at risk of poisoning, infections, gut injuries, and even nutritional deficiencies.

In addition to the above disorders, less common disorders are:

Purging Disorder: An individual purges in behavior like vomiting, diuretics, or excessive exercising.

Night Eating Syndrome: People might eat in excess especially after waking up.

Other Specified Feeding or Eating Disorder, OSFED: This is similar to other eating disorders however, does not fit into any categories above.

Your doctor is able to diagnose eating disorders on the basis of signs and symptoms.

Moreover, if they suspect it, then then they will perform a physical exam and request certain tests to help.

You might also have to visit your general physician and mental health professional.

Assessments and tests generally include:

Your doctor, mental health professionals, and dieticians can help with the treatment of an eating disorder.

It depends on the type of disorder you are experiencing, however, in general, it includes nutrition educations, psychotherapy, and medications.

Psychotherapy, or talk therapy, can help you learn how to replace unhealthy habits with healthy ones.

Family-based therapy, FBT. FBT is an evidence-based treatment for children and teenagers with eating disorders.

Your therapist will involve your family in making sure that you or other family member follows healthy-eating patterns and maintains a healthy weight.

In this therapy, you learn how to monitor and improve your eating habits and your moods, develop problem-solving skills, and explore healthy ways to cope with stressful situations.

Medication cannot cure an eating disorder. However, certain medications may help you control urges to binge or purge or to manage excessive preoccupations with food and diet.

Certain drugs like antidepressants and anti-anxiety medications may help with symptoms of depression or anxiety.

Your doctor and dietician can help make a diet plan for you.

When you are taking enough nutrients and healthy food, there is no urge to eat frequently.

Also, you are providing your body with enough nutrients that may otherwise be missing in your diet.

Women are more likely to suffer from eating disorders than men.

Although they can develop during any age, however, they are common among teenagers and young adults.

Certain factors can increase the risk of developing eating disorders and includes:

Family history. Eating disorders are more likely to occur in people who have parents or siblings who’ve had an eating disorder.

Dieting and starvation. Excess diet is a risk factor for developing an eating disorder.

Starvation affects the brain and influences mood changes, rigidity in thinking, anxiety, and reduction in appetite.

Stress: Daily life routine like work in college, office or a new job can cause stress and may increase your risk of an eating disorder.

Other mental health disorders. People with an eating disorder often have a history of anxiety disorder, depression, or obsessive-compulsive disorder, OCD.

Eating disorders can affect anyone at any age however, it affects women more than men. In some cases, it can cause severe complications like depressions, anxiety, work relations issues, and even death.

Moreover, there is no sure way to prevent eating disorders, however, you can try and avoid dieting around your family members or child, reinforce a healthy diet, and seek medical advice.